Vossa Jazz will host the Norwegian premiere of this unique French-American quartet on April 12th 2014. 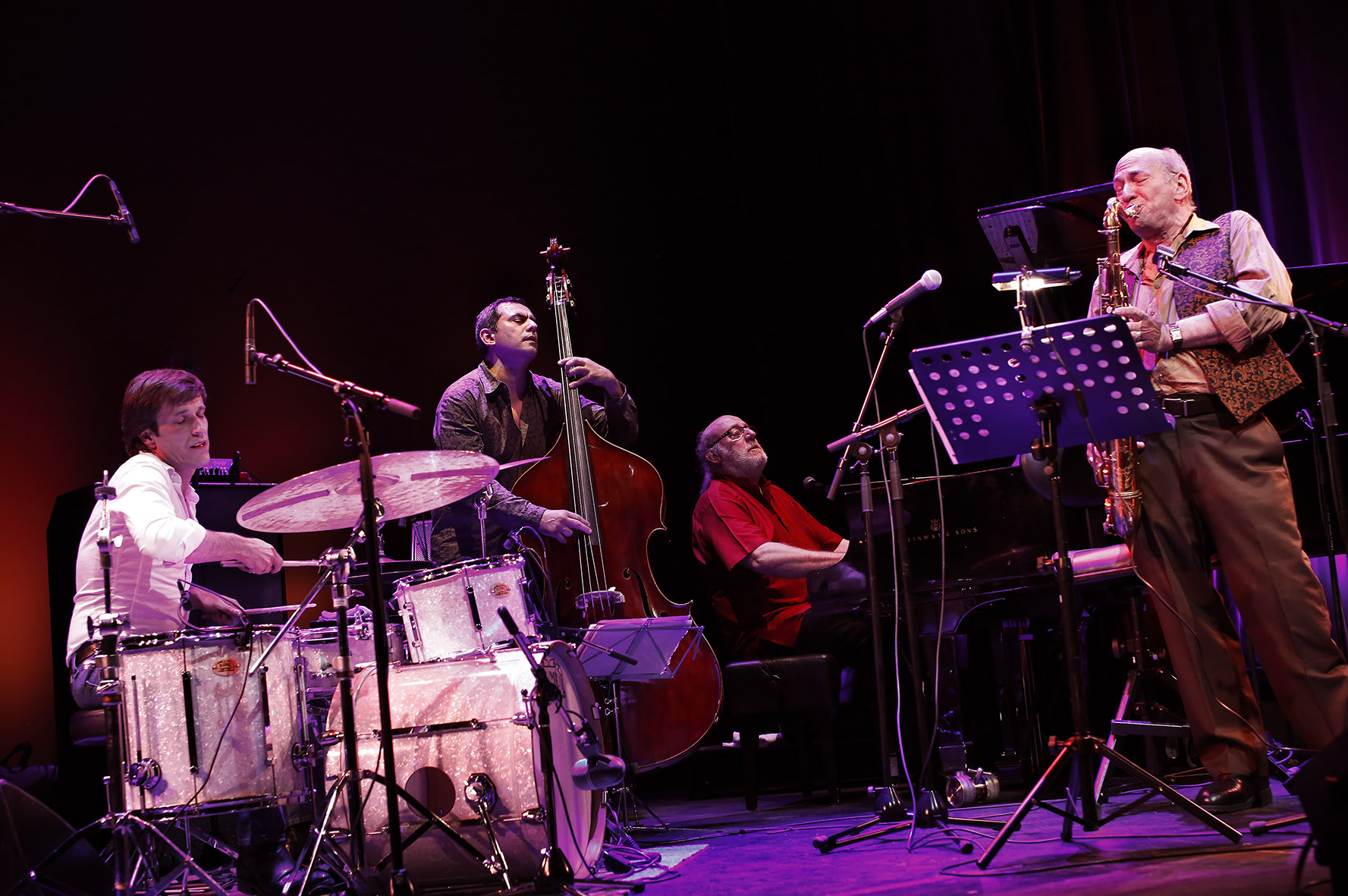 The joining of forces between France’s brightest piano trio and the soulful, now legendary, American sax player, became a primary jazz event at Banlieues Bleues festival near Paris  in the Spring of 2012.

British journalist Anthony Shaw reviewed the concert at April Jazz Espoo (Finland) in April 2013 for All About Jazz:

To any who see a schism between American and European styles of jazz, this performance showed how seamlessly they can blend, with Liebman’s fluid and still surprising solos and the colorful Frenchmen’s spontaneity matching each other in kind. Emler’s “A Mind is Like a Parachute,” its title taken from a Frank Zappa quote, was testimony, indeed, to the witty Transtlantic blend.

Concert in the frame of the French Nordic Jazz Transit, a program of the AJC,