The chamber jazz super group of the German saxophonist Daniel Erdmann makes its debut in Finland and Estonia in November-December 2020. Velvet Revolution performs the music of its latest album Won’t Put No Flag Out. Starting from November 23rd in Turku and ending in Helsinki on December 1st the Finnish part of the tour consists in 9 concerts throughout the country. The journey continues in Estonia on December 3rd to 5th with performances at Jazzkar’s Jõulu Jazz (Christmas Jazz) in Tallinn and Viljandi and a final day at Kilingi Nõmme Klubi presented by Uus Kontsert.

This tour is the third one organized by Vapaat äänet during this Autumn in Finland and the Baltic Countries ; following Roberto Negro & Emile Parisien “Les Métanuits” on September 23rd – October 10th, then Sylvain Rifflet Troubadours on October 21st – 31st.  Once again, it offers one of the few chances to see live European jazz this Autumn in those Countries. So as to keep it possible, special care is taken to sanitary safety measures by all the promoters involved and by the touring crew.

As a musician and composer Daniel Erdmann developed a characteristic sound and an unmistakable idiom years ago. The warm, earthy timbre of his tenor sax and a wide-ranging expressiveness, from clear melodies to husky modulations and flickering abstractions, are the humus for the various flowers that drive Erdmann’s band projects…

The term “Chamber Jazz” is much overused, almost as much as the word “Supergroup”, and yet Won’t Put No Flag Out by Daniel Erdmann’s Velvet Revolution is undoubtedly both. With Théo Ceccaldi on violin and Jim Hart on vibes, this is a genuine European Supergroup playing intricate and intelligent chamber jazz. This is the second album from the Velvet Revolution issued, like the first, by the increasingly impressive and prolific Hungarian label BMC (Budapest Music Centre). The Velvet’s first prizewinning album A Short Moment Of Zero G came out in 2015 and since then the trio have clearly been performing together and working in the studio, with the result that their sound is even more integrated and intuitive.
Peter Slavid – London Jazz News

On the Finnish dates of the tour, the cello virtuoso Vincent Courtois replaces Théo Ceccaldi.  An iconic figure in the French jazz world, Courtois is known through his playing with Louis Sclavis and his bands, as well as his own trio with the saxophonists Daniel Erdmann and Robin Fincker. He has also joined the line up of Velvet Revolution on frequent occasions before. 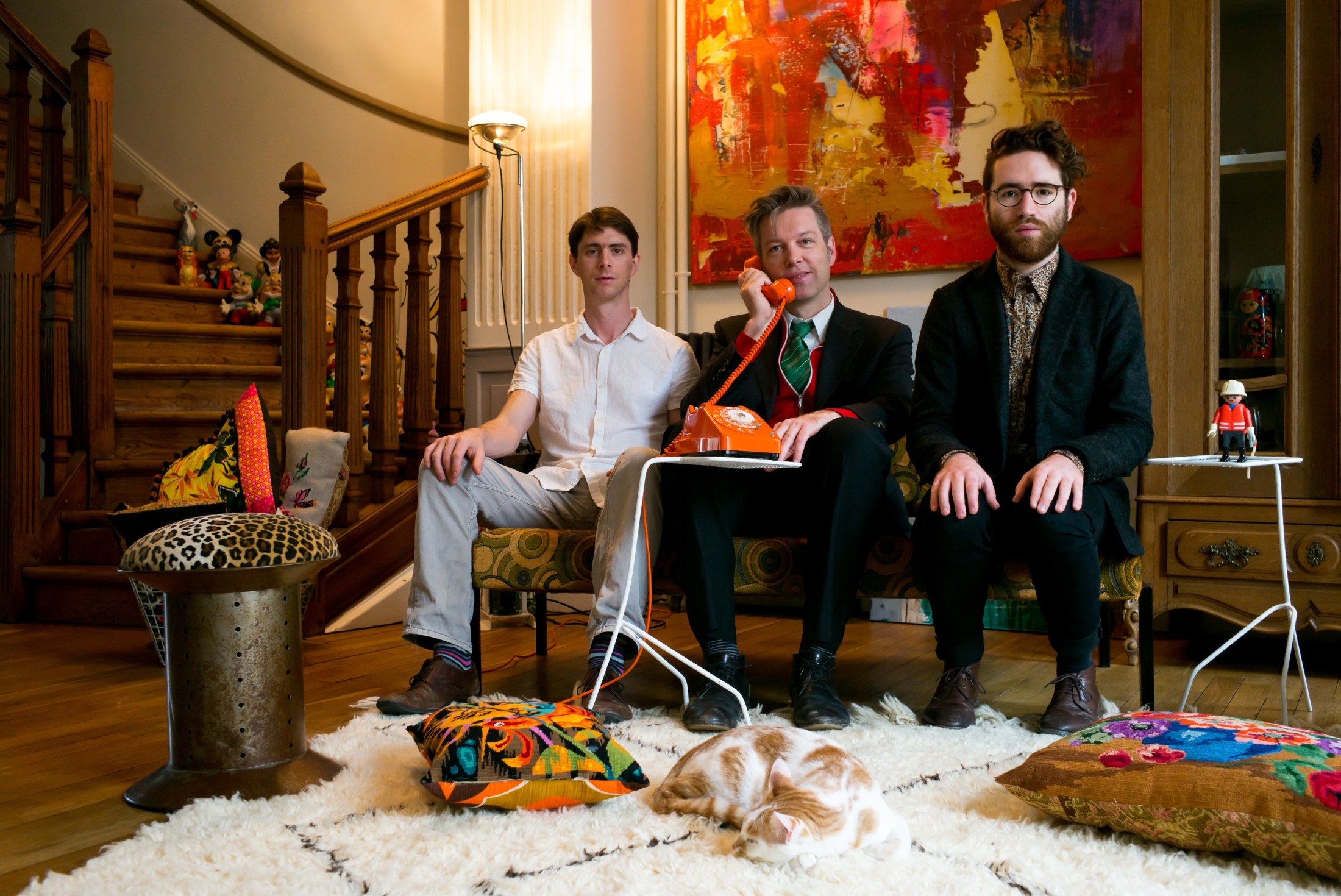