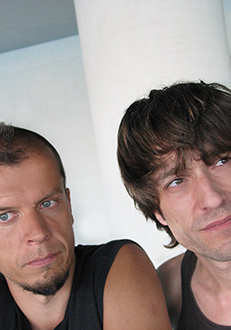 Kimmo Pohjonen and Eric Echampard joined forces in 2000 with the goal to make totally improvised music, live on stage with no rehearsals. They have succeeded in their aim to ride the edge of melody, counterpoint, energy and tension as proven by the enthusiastic audiences at each performance, as well as by the satisfaction and exhilaration of the two players. Till the issue of “Uumen” their first album in April 2005, their stage appearances kept quite rare. Still the power duo had managed to perform at Pori Jazz (2003) and Amiens Jazz Festival (2004). This first concert in a French festival happended to bring out fruitful results since the material recorded in Amiens has been used for “Uumen”.

The launching of the record came along a spring tour of eight concerts in Finland and two at the Jazzkaar festival in Estonia. Later in 2005 the power duo has performed at Nattjazz festival in Bergen, Norway, at the Rumor-festival in Utrecht and the Bimhuis of Amsterdam. Then in 2006 came new appearances in France, at the Europa Jazz Festival (Le Mans) and the Rendez-vous de l’Erdre (Nantes). In 2007, they performed in Ring Ring (Belgrad, Serbia), Cerkno Jazz (Slovenia), M-A-D-E-festival (Umeå, Sweden) Copenhagen Jazz Festival, Vooruit (Gent, Belgium). Tribu Festival (Dijon, France) presented them in 2008 and Keitele Jazz (Äänekoski, Finland) in 2010. They improvised a unique sound track to four short films at Love & Anarchy, Helsinki Film Festival in September 2010. “Kino Uumen” included the famous “Maquina” by Gabe Ibañez. It was also performed in Tallinn as part of Jazzkaar season.

After a long pause, Kimmo and Eric are heading with enthusiasm to new common performances in January and February 2015. 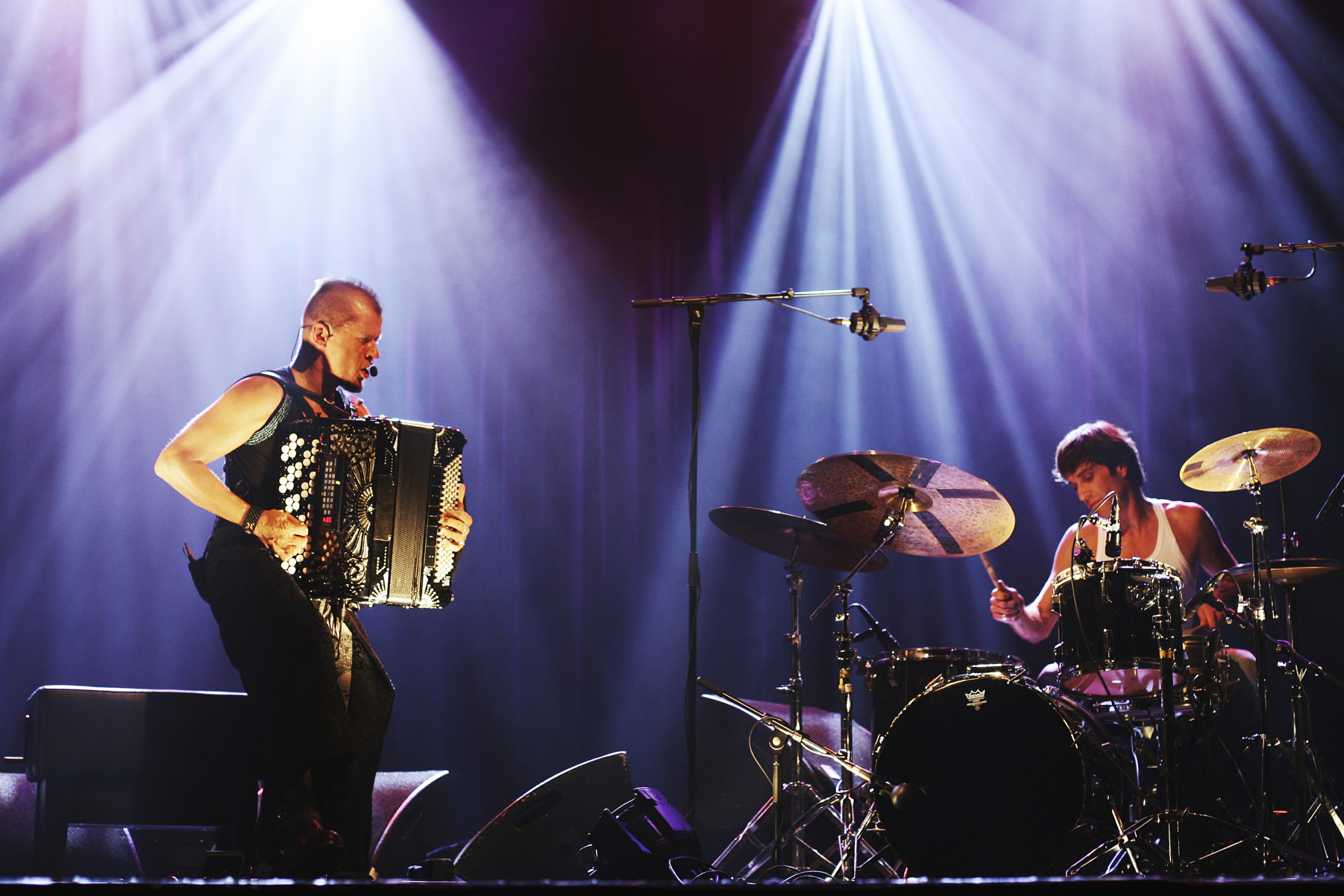 More information on the official website of Kimmo Pohjonen 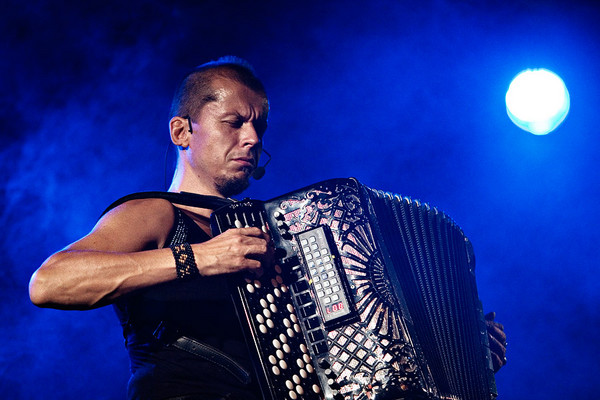 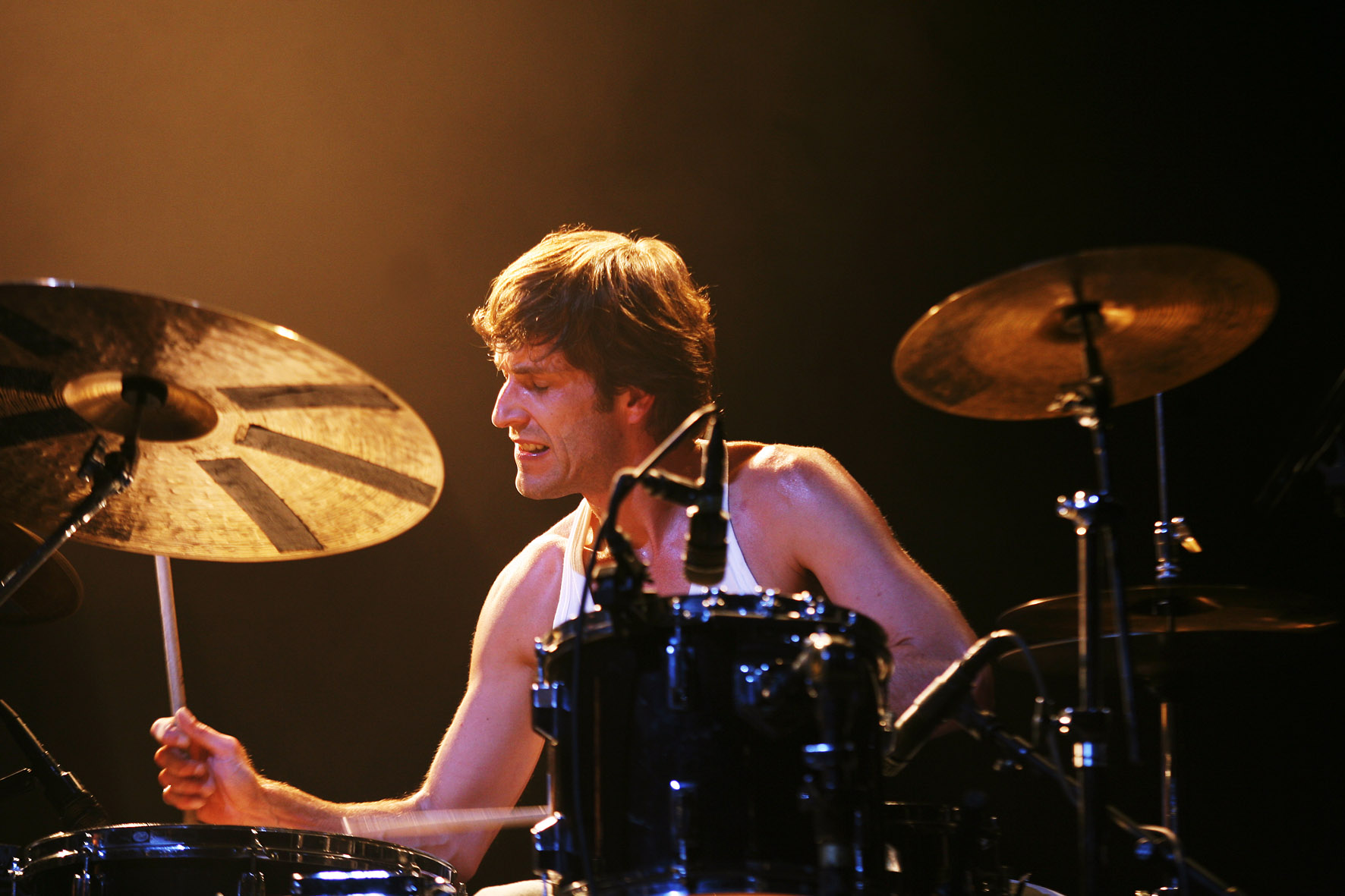 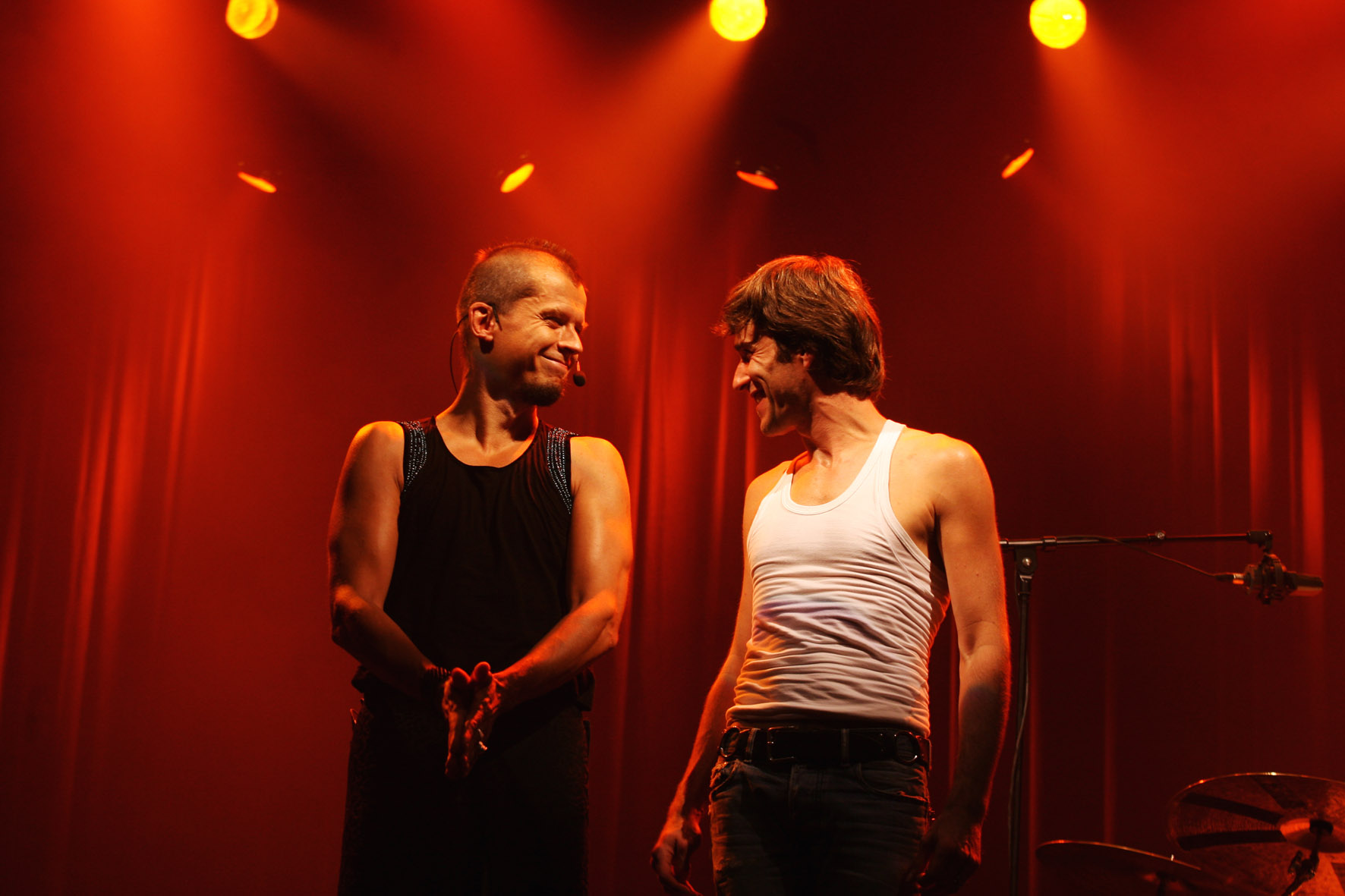 Uumen presents a fresh, and very welcome side of Finnish accordion terrorist Kimmo Pohjonen. He’s gained fame in recent years for his trashing and subsequent rewriting of the instrument’s manual; 2002’s Kluster, a duet with percussionist Samuli Kosminen, featured the accordionist’s primal, highly rhythmic playing and chanting being sampled, cut-up and rearranged into elaborate hurricanes by Kosminen. His multimedia live shows have included elaborate light shows, real-time animation and collaborations with orchestras. This document is more modest, but no less striking. Recorded live in France in 2004, Uumen pits Pohjonen’s improvising skills against those of the French drummer Eric Echampard. A refugee from orchestral percussionist who plays regularly with guitarist Marc Ducret, Echampard confesses a love of rock drumming, citing everyone from Jon Bonham to King Crimson as favorites. The result has traces of the swirling sounds fields found in Pohjonen’s previous work and the ornate constructs of prog rock percussion, but very little in the way of much modern improv. The duo excel at creating narrative arcs, in individual pieces and over the album as a whole. The disc can and should be listened to as one complete work. From the opening calm of prelude “Fil Fragile” through the three interludes, “Vaste,” “Kuuma” and “Dada,” and on the longer explorations, Pohjonen and Echampard display a mastery of dynamics, timbre and rhythmic interplay that consistently engages a listener. Echampard finds ways to complement Pohjonen’s bizarre vocalizing on pieces like “Kuuma,” while Pohjonen discovers means to spur on Echampard’s infectious, meticulous rhythmic patterns on “Onde Blonde.”

“Uumen” ascends slowly on Pohjonen’s rapid-fire stutters, stoked by Echampard’s ride cymbal. Soon Pohjonen’s layers of real-time sampling begin to come from seemingly everywhere and Echampard steadily raises the intensity. By degree the drama unfolds, but only through increasingly volatile musical interaction, and not through the cheap use of volume or free passages.

On each piece, the pair use different ways to build the tension and surprise so essential to improvisation. For the opening of “Utopia,” Pohjonen coaxes wispy tones that are round and warm like an organ, while Echampard splashes his brushes around his kit. Combine these effects with Pohjonen’s slurping, gulping, garbling vocal effects, and the piece begins to take shape similar to that of the improvised electronic worlds of poire_z. They then transform the interplay into a multi-layered drone, then into a dirge.

“Uumen” is a Finnish word that describes a place of meditative calm. It’s an excellent metaphor for the state of mind of improvisers, and Pohjonen and Echampard deserve credit for their ability as storytellers to enter that place and take the listener with them.
By Matthew Wuethrich in www.dustedmagazine.com (July 20th 2005)

All photos by Maarit Kytöharju, except when mentioned.