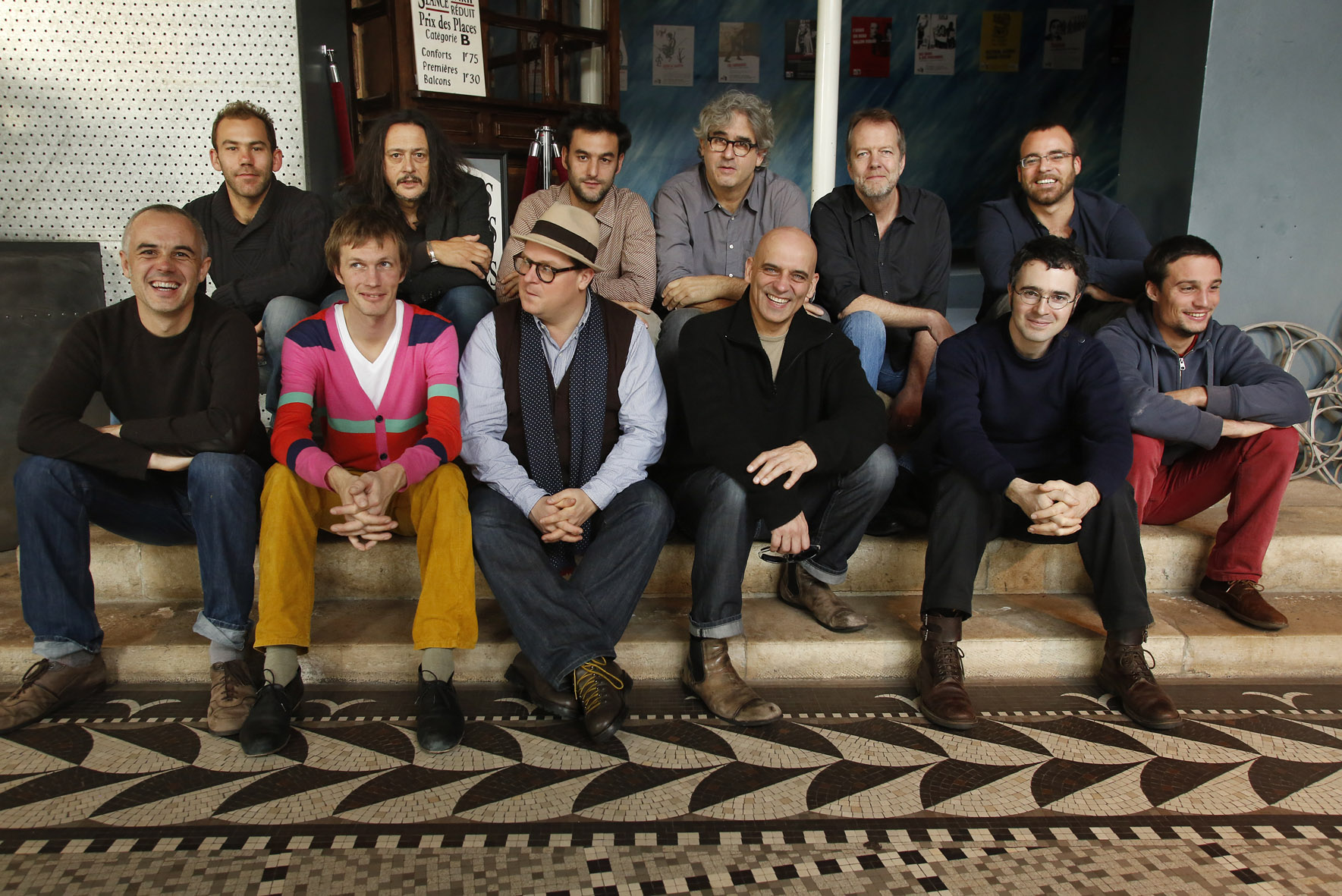 The Tower project of Marc Ducret reached a new dimension with the Tower-Bridge orchestra. This name has been given to the three groups together, Real Thing #1, Real Thing #2, Real Thing #3, i.e. twelve musicians playing extended versions of the whole music. The band was premiered at La Cave Dimière (Argenteuil) on November 9th 2012. The concert served as an opening for a tour consisting of ten concerts across France.

Photos from the concert

Press review from the festival 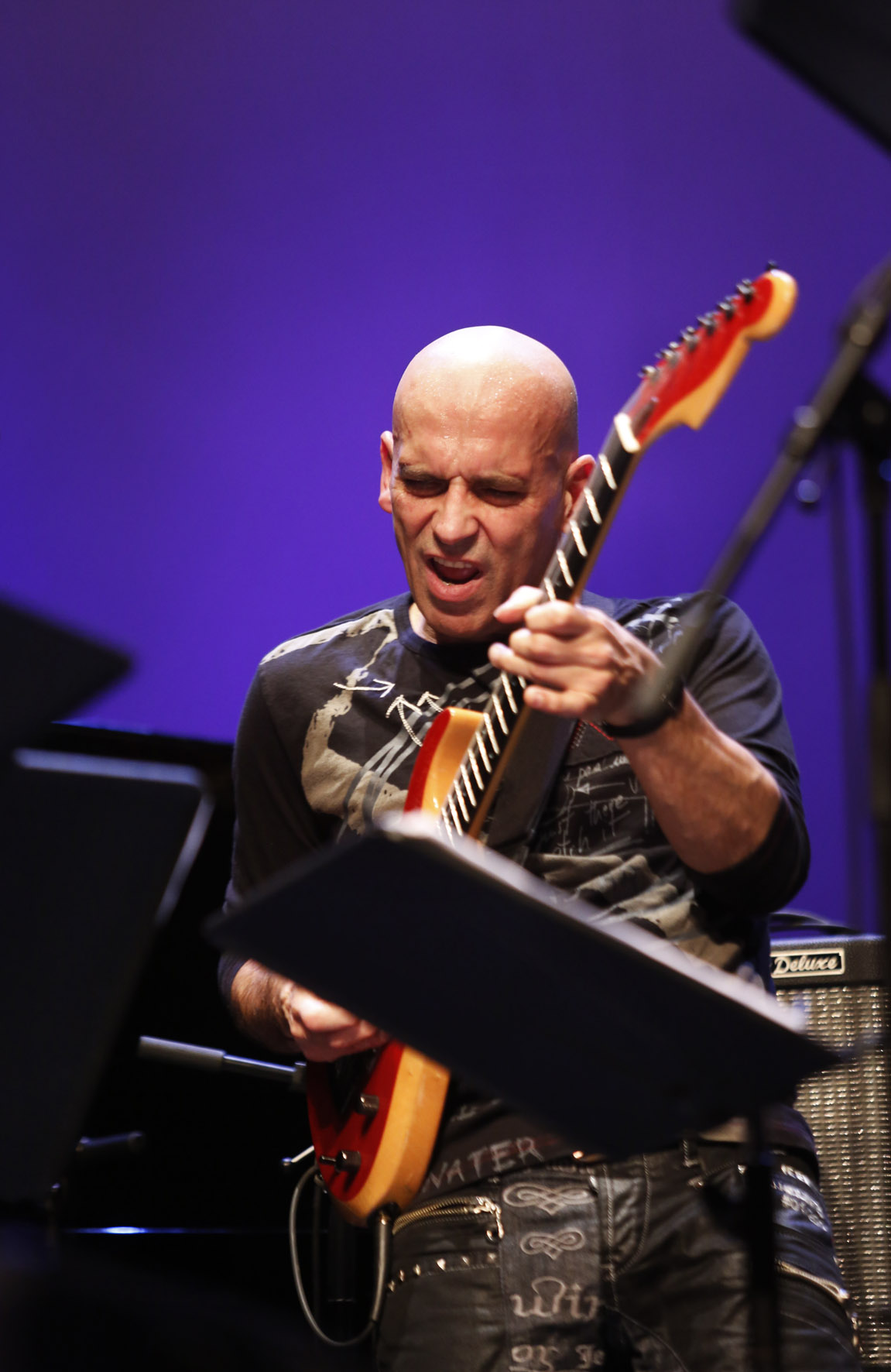 This project initiated in 2008 is an attempt at transposing in the musical world a short chapter from Vladimir Nabokov’s “Ada”, in which the writer weaves a whole labyrinth made of mirrors, memories and correspondences, eventually building a form which in turn leads to his other books, themes and emotions. I wanted to use only musical means to “transcribe” this process, without having to quote excerpts of the book or literary explanations; therefore I chose to write music for three different bands, following the “design” of the mentioned chapter.

The first group, “Real Thing #1”, is a Franco-Danish quintet with Kasper Tranberg (trumpet), Matthias Mahler (trombone), Frédéric Gastard (bass saxophone), Peter Bruun (drums), and myself on guitar. The band performed its first concerts in a French-Swiss tour in May 2010. The music was recorded during two days in the middle of the tour and published by Ayler Records as “Tower vol. 1”. Since then the quintet has been presented by such festivals as Copenhagen Jazz Festival, Pori Jazz and Jazzdor Berlin. New concerts are planned on the first half of October 2013.

The second group, “Real Thing #2”, is a Franco-American quartet with Dominique Pifarély (violin), Tim Berne (alto saxophone), Tom Rainey (drums) and myself on guitar. The quartet toured in Germany, Luxemburg and France in September 2010. The band recorded “Tower vol. 2” at the Studio Sextant (Malakoff, France) during that tour.

Each of these two groups plays one half of the music;  the third band, “Real Thing #3”, is a sort of “chamber” ensemble including Fidel Fourneyron, Alexis Persigan and  Matthias Mahler, on trombones; Antonin Rayon on piano, Sylvain Lemêtre on percussion and myself on guitar. This group gives all the musical “solutions” to the first two halves played by #1 and #2, commenting their music and putting it into a new light. The sextet played for first time in October 2011 at Le Triton (Les Lilas, nearby Paris). “Tower vol. 3” will be recorded in December 2012 and published in the spring of 2013.

The three groups have played separate concerts and can also be superimposed, with endless possibilities of different arrangements of the same basic musical material – presented in the same concerts or in two evenings.

The whole Tower project reached a new dimension with the Tower-Bridge orchestra. This name has been given to the three groups together, i.e. twelve musicians playing extended versions of the whole music. The band was premiered at La Cave Dimière (Argenteuil) on November 9th 2012. The concert served as an opening for a tour consisting of ten concerts across France.

Tower-Bridge was made possible thanks to the involvement of these three festivals:
D’jazz Nevers, Jazzdor Strasbourg and Eclats d’Email Jazz (Limoges).

In addition to Real Thing #1, #2, #3 and Tower-Bridge, Marc Ducret has also performed the music of the Tower project in solo. He has toured the Nordic and Baltic Countries in January and February 2012 where he performed a total of 15 concerts, on both acoustic and electric guitar. He recorded the music of “Tower, vol. 4” on two acoustic guitars in Italy (May 2011) and France (February 2012).