The Franco-Italian duo presents its tribute to Giorgio Gaber, in Finland, Estonia and Latvia from April 19th to 29th.  Their album released in December 2015 on Abalone Records has been praised by the press in France and Italy. 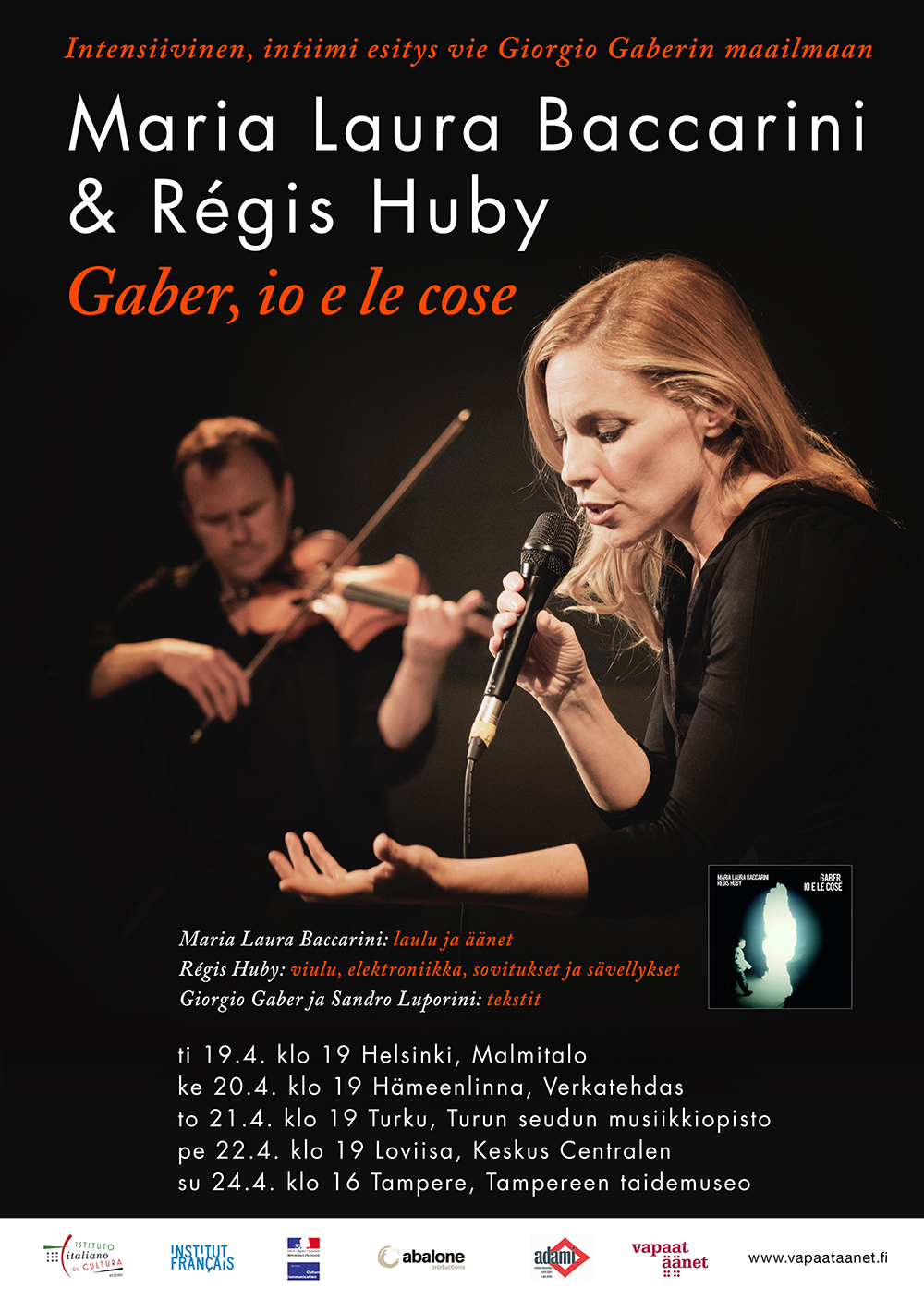 “I have a very personal and intense relationship with the texts and songs of Giorgio Gaber and his co-author Sandro Luporini. The project « Gaber, io e le cose » has existed for quite a while. These songs have given me a chance to grow as a human being and never stop surprising me.

Régis Huby interprets this transformation of my life, a fragile heart, the questions, the answers, the non-answers that leave us in mid air and suddenly throw us to the ground. He creates the perfect sound … so personal, rich, sophisticated, and very respectful of the meaning of each word. He uses two violins: electric and tenor, with loopers and effects.

Giogio Gaber died in 2003. No one has replaced him yet. He was an « intellectual » who used poetic language, with an irresistible sense of humor, and an incredibly passionate human heart. He left us an extensive repertoire : a life’s work devoted to a sincere analysis of Italian society, politics and human nature. He focused his work on « the human being » sometimes mercilessly, sometimes with melancholic tenderness, sarcasm, hope and desperate love … always seeing a light at the end of the tunnel despite everything.”

Maria Laura Baccarini is an Italian singer, actress and dancer. She has had a long career in theatre and musical-theatre, and now frequently works with musicians from the jazz, contemporary and improvised music scene in France, greatly enriching her palette by collaborating with them.
Régis Huby is the « perfect match ». After the suite in nine movements « All Around » ( music composed by Régis Huby, lyrics by Yann Apperry) and « Furrow », the Cole Porter song-book, in which Cole Porter’s songs are reborn with new arrangements, Maria Laura rediscovers the beauty and expressive power of her mother tongue in the duet « Gaber, io e le cose ».