Les Métanuits is a playful adaptation for piano and saxophone of György Liget’s first string quartet by Roberto Negro and Emile Parisien. The French duo will perform this fascinating program on an extended tour in Finland, Estonia and Latvia, starting on September 22nd and ending on October 10th. In Finland, the duo will share the bill on four concerts with the exciting Finnish quartet Superposition.

Les Métanuits is an adaptation for piano and saxophone of György Ligeti’s first string quartet “Les Métamorphoses Nocturnes”, an outstanding work of re-composition initiated by the visionary and mischievous Roberto Negro. The pianist shares this playful adventure and his passion for Ligeti’s music with Emile Parisien, the world class saxophonist whose captivating sense of swing has been enjoyed by Finnish and Baltic audiences with his own quartet and in duo with accordionist Vincent Peirani. 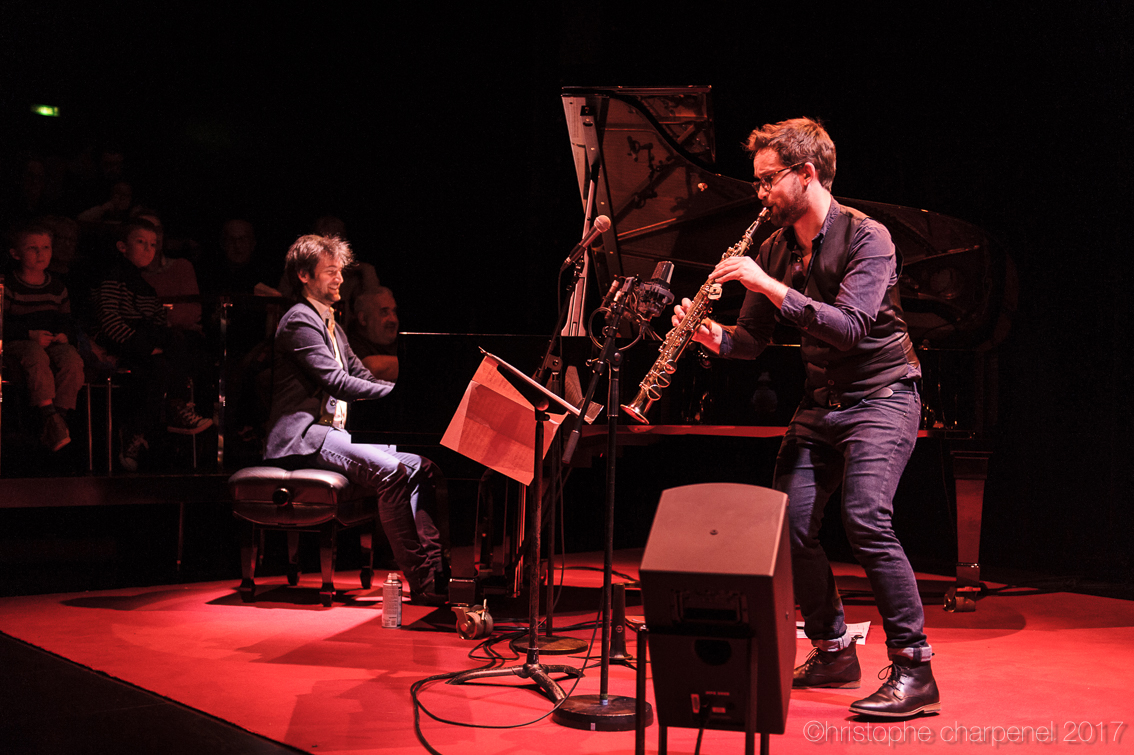 Pianist and composer Roberto Negro was born in Torino and grew up in Kinshasa, before studying in Chambéry then Paris. Inhabited by visual and narrative dimensions, supported by a lyricism stemming from his Italian origins, his music absorbs almost all of his musical materials, melting into a sensitive discourse, meandering between mischief and artistic excellence. A linchpin member of the Orleans-based group, Tricollectif, founded in 2011, Roberto feeds on intersections and meetings, with theatre, singers, visual artists…  He cultivates an appetence for duos: with violinist Théo Ceccaldi, with saxophonist Émile Parisien. Roberto won the “Sensational album of the year” award at the Victoires du Jazz in 2018 for his trio recording, Dadada, with Emile Parisien and drummer Michele Rabbia on French Label Bleu. He released his first solo project in 2018, Kings and Bastards, accompanied by a visual creation by Alessandro Vuillermin and an album released by the Italian CamJazz label.  “Roberto Negro has a habit of making strangely alluring music with a thick streak of humour. Dave Sumner – Bird is the worm

Since its debuts with his quartet in 2004, saxophonist Emile Parisien has quickly become one of the most important protagonists of contemporary French jazz. The leading French newspaper Le Monde has called him “the best new thing that has happened in European jazz for a long time,” while US magazine Downbeat even considered it an understatement to limit Parisien’s importance to European jazz. The reference points on Parisien’s personal musical map are very widely spread. They range from the popular folk traditions of his homeland to the compositional rigour of contemporary classical music, and also to the abstraction of free jazz. “In the last years, no one has brought out the vital, incisive, exotic vibrato-rich tone of the soprano saxophone with such ease, and also recalibrated it, and placed it at the centre of wholly new concepts.“ This statement by ACT sums up the artistic relevancy of Parisien who has been an home artist of the famous German label since 2014. Among the many prestigious awards he has received through the years, Parisien has got not less than three Victoire du jazz, the jazz-branch of the most important French music award: rising start (2009), musician of the year (2014), jazz album of the year “Sfumato” (quintet with Joachim Kühn, 2017).  In Germany, Parisien received the most prestigious ECHO Jazz Award 2017 as saxophonist of the year, and the “Jazz album 2019” (German Record critics’ award) for “Double Screening”, in quartet.