From October 21st to 31st, the acclaimed French saxophonist Sylvain Rifflet makes its debut in Latvia and Estonia with his new project Troubadours, combining medieval moods, modal jazz and repetitive music. He passes by Helsinki on October 25th for a duo concert with the Finnish trumpet hero Verneri Pohjola.

Saxophonist, clarinetist, composer, improviser, Sylvain Rifflet is one of the most acclaimed musician of the new generation of French jazz. Constantly searching for the counterfoil and constantly moving in literally opposite directions, Rifflet accomplishes one of his dreams here: integrate influences from medieval music and repetitive music to a modal music project. Here is “Troubadours”, a deluge of musical poetry, romantic courtesies and all illuminated by high-flying minstrelsy.

The idea was not to be in historical accuracy but rather in an imaginative ambition of what poetic music could be today, supported by simple instrumentation: two wind instruments, a drone and a few percussion instruments, Rifflet drew his inspiration from recordings of secular medieval music (often by unknown authors) by ensembles such as Alla Francesca conducted by Brigitte Lesne or Capella de Ministrers, to get as close as possible to his idea of the music of troubadours.

Playing on a mode and building tensions or releases moments over a drone is the basic principle of modal music but also of Indian music, in a very schematic way. “I’ve never recorded a “modal” album and I wanted to try this adventure while making sure to stay as far away as possible from the clichés of the saxophonist who is embarking on modal music. In this case the reference to Coltrane is quite complex to avoid. By turning to a hybrid sound: modal music and Indian instruments playing a pedal point, I had wider and more interesting musical possibilities for this project.”

Album review by Anthony Shaw – All About Jazz

Tour support: Bureau Export, Spedidam
Partner of the tour: Kumu Drums
In the frame of the French Nordic Jazz Transit, export and exchange program of the AJC – Association Jazzé Croisé 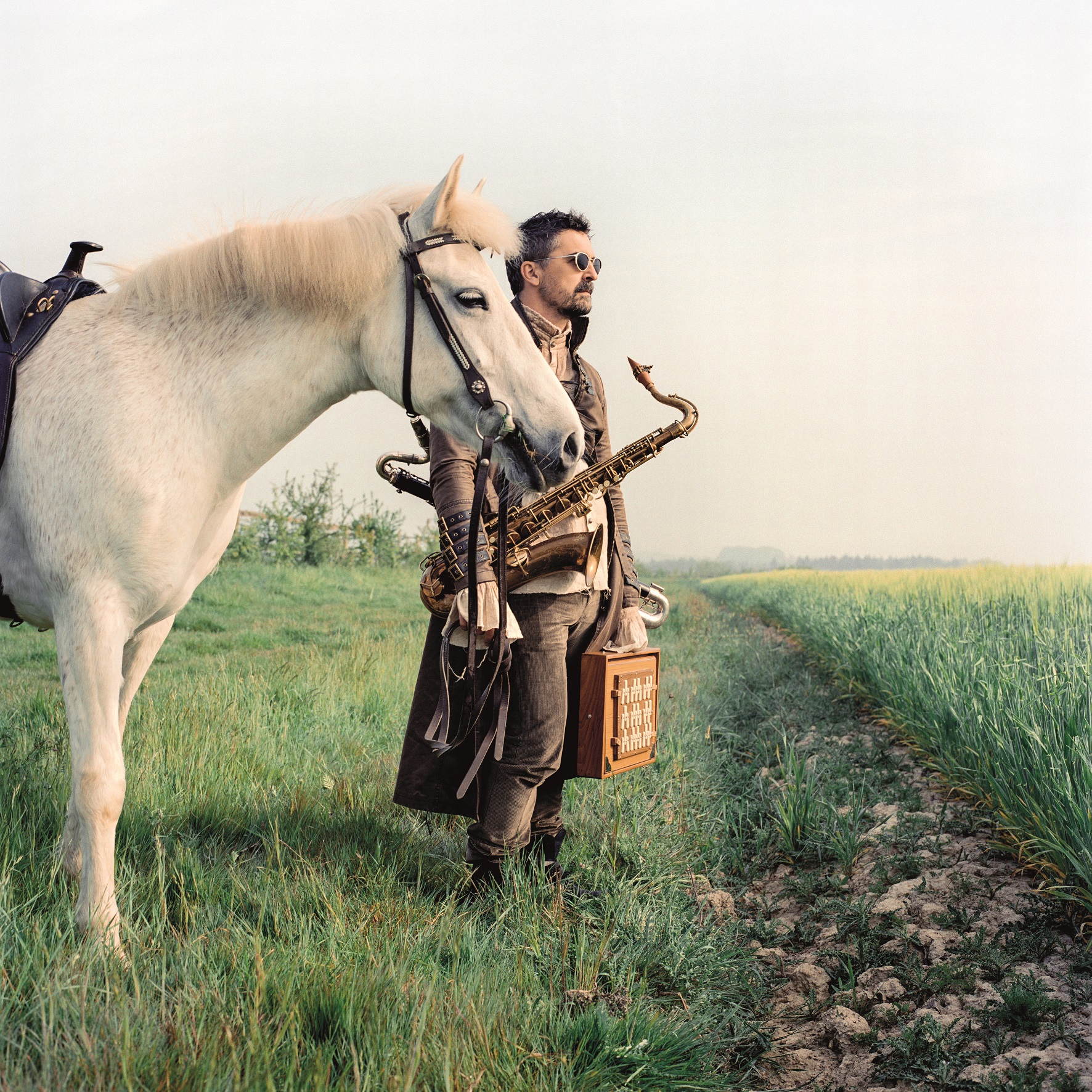