Consisting of singer Claudia Solal, cellist and vocalist Didier Petit and percussionist Philippe Foch, Les Voyageurs de l’Espace (The Space Travellers) will spread their twisted galactic jazz with a French touch in Estonia, Latvia and Finland in March 2018. They will land in Tallinn on March 3rd and will take off from Helsinki on March 21st, performing a total number of 14 concerts. In Finland they will share the bill with trumpetist Verneri Pohjola and drummer Mika Kallio. 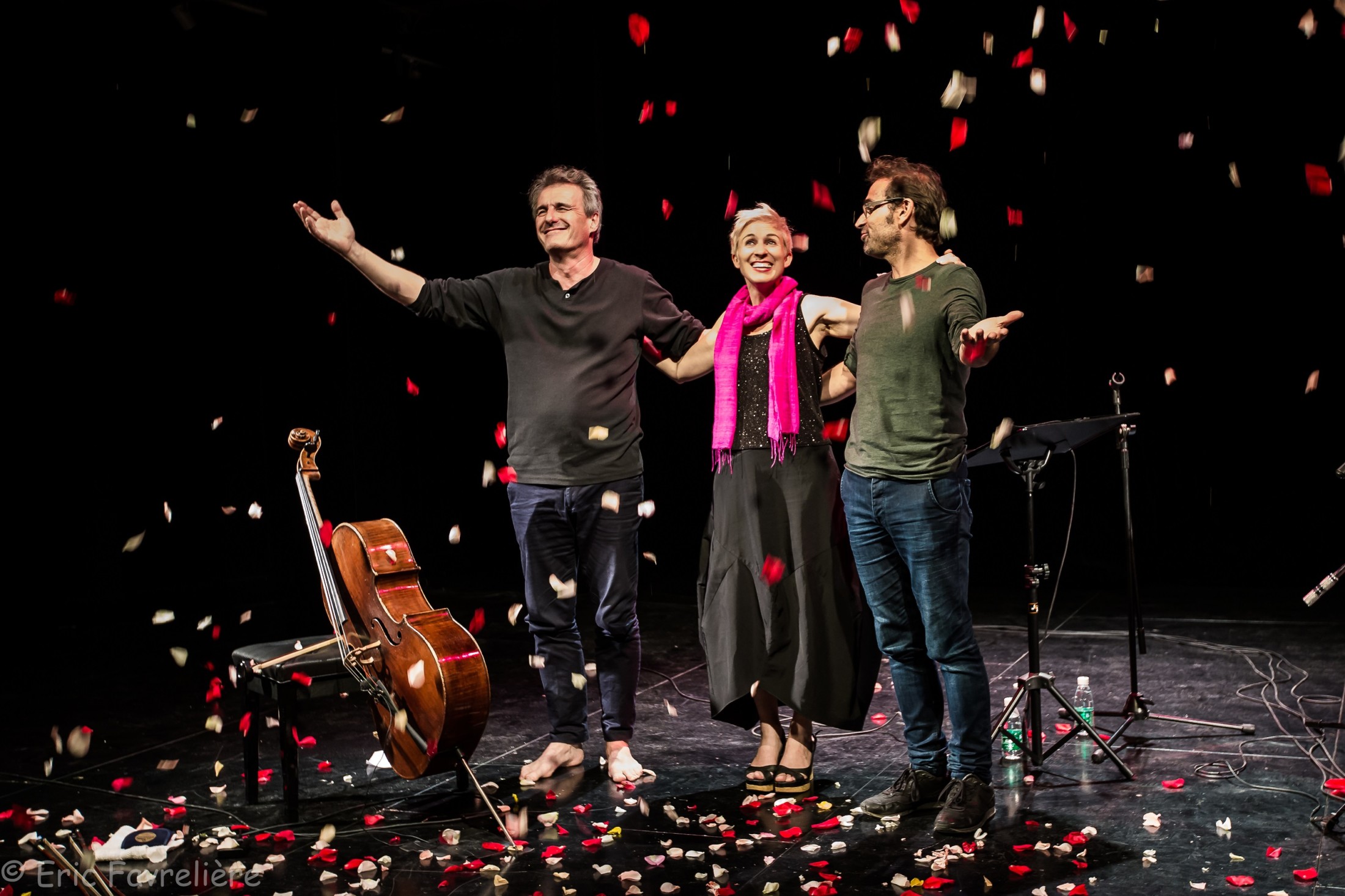 A dream-like musical universe begins to take shape through the warm, light-filled voice of Claudia Solal, the strange sounds of percussionist Philippe Foch and the lunar cello of Didier Petit.

Sabine Macher, Charles Pennequin, Karin Serres, Eric Pessan, Coline Pierré, Mariette Navarro, Olivier Bleys, all contemporary writers, were asked for a contribution, with a piece on some sort of space theme. They set to, writing or drifting off about the little robot Philae, the first animals in space, the first clandestine space travellers, eclipses and the exoplanets… French writing to provide inspiration for an imaginary musical world of poetry and other space improvisations; a musicality that stretches all the limits, from orchestral pieces to individual songs with words in the chanson tradition, or minimal lyrics or even tribal chants. 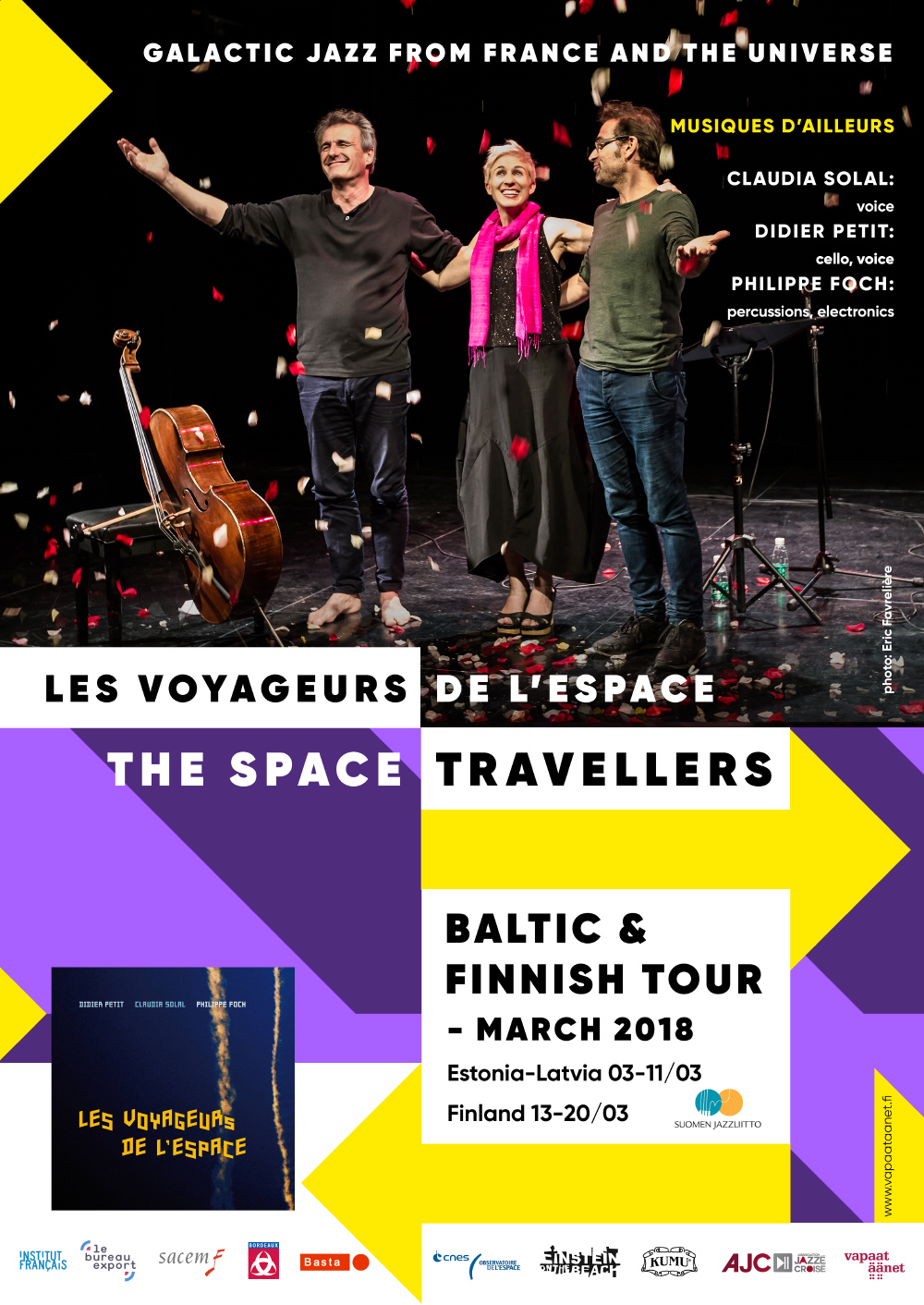 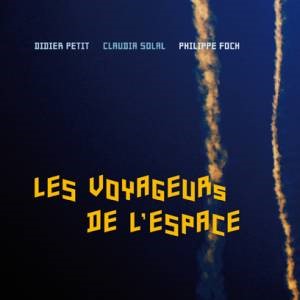 This album, co-produced by Space Observatory CNES (Observatoire National de l’Espace), is born from the desire to give voice and music to a collective history of the twenty-first century with themes that cross the space adventure. This disc features 19 tracks that are the fruit of the meeting between 3 musicians and 7 contemporary authors. Through a musical continuum sidereal, Olivier Bleys, Sabine Macher, Mariette Navarro, Eric Pessan, Charles Pennequin, Coline Pierré, Karin Serres and Didier Petit have written texts inspired by space, songs that appear as worlds to discover.
The album has been granted the prestigious “Grand Prix de l’Académie Charles Cros 2017” in the category “Parole enregistrée” (recorded word). 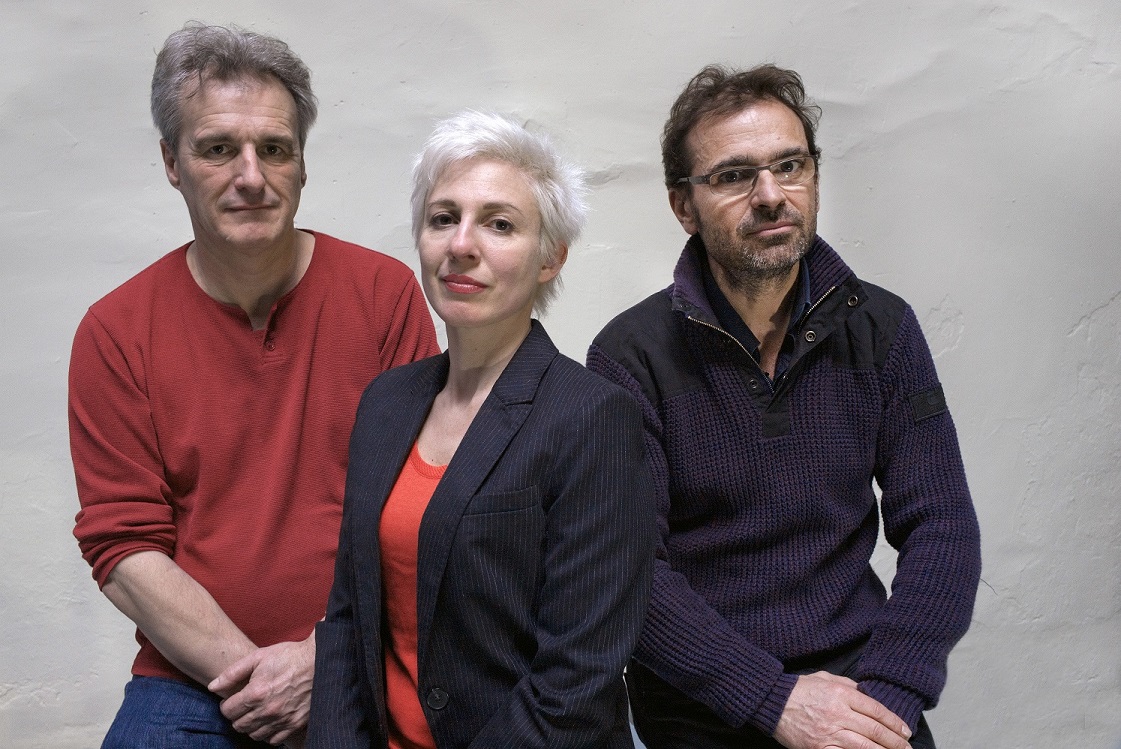 Claudia Solal, voice
As a singer, songwriter, improviser, Claudia Solal has performed on stage for 20 years now in France, Europe and United States, on the most prestigious venues and festivals. Her numerous collaborations and artistic experiences played a large part in building a unique vocal language, at the crossroads of written material and improvised songs.
She currently works with Antichamber Music trio with Katie Young and Benoît Delbecq, in Jean-Marie Machado’s Danzas orchestra, in a trio with Jean-Marc Foltz and Régis Huby, Equivoxe duet with singer Valérie Philippin, in duet with bass player Benjamin Duboc (Le ventre vide), in duet with clarinetist Sylvain Kassap. Her third album in collaboration with Benjamin Moussay, Butter in my brain, has been released in October 2017
www.claudiasolal.com

Didier Petit, cello and voice
Didier Petit was born in Reims in 1962 into a musical environment and began the cello at the age of six. Didier walked out of the conservatoire, to find himself face to face with the world. At this time, he realises that music won’t leave him and, feeling a tremendous desire to exceed both physically and mentally, he turns to jazz.
An utopist and realist at the same time, Didier Petit never loses the taste for risk and imagination. In 2009 he created the East West collective in Hong Kong for the French May Festival to build a bridge between two cultures. Since then he travels often to China. From 2010, he has been the artistic consultant for the Observatoire de l’Espace (the art science laboratory of CNES) and for the Sideration Festival. In October 2015 he has flight with his cosmocello in the zero G plane to experiment music in zero gravity.

Philippe Foch, drums and tablas
Philippe Foch, drummer by trade, has been honing in for 30 years to the core of an intensely unstable territory of sound. Fleeing all form of routine or status quo, he has ceaselessly reinvented his musical language, with rich percussion artillery as its beating heart, in rhythmic tonicity and organic vitality. Philippe Foch has worked as a soloist or with several resolutely non-conformist ensembles, Les Amants de Juliette in particular, a trio with Serge Adam and Benoît Delbecq that recently celebrated 20 years, and the Akosh S. Unit, a quartet created and led by vibrant saxophonist Akosh Szelevényi in which Foch participated from the beginning of the 1990s, playing with them until 2002. Since 2009 he his sharing a lot of experiences with the cellist Didier Petit in trio with the clarinettist Sylvain Kassap.