This has been another challenging year for music professionals all over the world. In Europe during the first half of the year there were almost no concerts with live audiences and touring was banned from the musicians’ agendas for six months. But with its small-scale operating concept, Vapaat äänet was ready to move on as soon as it became possible.

As improbable as it felt at the time, in February with our Estonian partners we were even able to pull off a tour of five concerts of guitarist David Chevallier’s Trio and singer Anett Tamm in front of flesh and blood listeners. Just before a new lock down in Estonia, this exceptional trio and talented young singer offered us unforgettable concerts featuring the Ophelia Songbook. In July, the exhilarating Mario Rom’s Interzone from Austria was probably the first foreign jazz group to perform in Finland over one whole week since the beginning of the year. In August, the trio of David Chevallier toured successfully across Finland, including three concerts with the trumpeter Tomi Nikku, a rising talent in this country. Then the trio travelled back to Estonia for one more concert with Anett Tamm and continued with four concerts in Latvia. In the meantime, the charismatic flautist Naïssam Jalal could finally perform at Jazzkaar 2021 with her trio Quest of the Invisible, the festival being postponed from April to August.

Autumn continued busy the whole time, starting in September with ten concerts by Three Days of Forest, the experimental and poetic trio of singer Angela Flahault, viola player Séverine Morfin and drummer Blanche Lafuente. Five concerts were shared with the cellist Aino Juutilainen’s AINON -group, which cultivates its own synthesis of classical music and jazz. This double bill tour that was coproduced with the Finnish Jazz Federation. With almost no interruption Louis Sclavis, Dominique Pifarély and Vincent Courtois arrived in Finland. These major figures in contemporary French creative music hit the Finnish and Baltic roads for two weeks, performing their concert in Helsinki together with pianist Kari Ikonen.

During the first half of November, we were able to get back to French soil after a pause of two years. Trumpeter Verneri Pohjola and drummer Mika Kallio performed their first film-concerts “Animal Image” in Rouen, Le Mans and Paris – an organic and unpredictable soundtrack to the breath-taking images by Perttu Saksa. At the same time, Petter Eldh’s explosive Koma Saxo made its debut in France at the Jazzdor festival in Strasbourg. In the second half of the month, Mikko Innanen‘s Autonomus hit the Finnish roads on a journey of twelve concerts and performed also in Vilnius. This gave a unique opportunity to the saxophonist and his fellow partners in crime in this ultimate Nordic quartet to explore all the forty pieces of the Autonomus series and share their excitement with enthusiastic listeners. In December, German saxophonist Daniel Erdmann introduced his engaging Velvet Revolution trio to the Estonia audience on a tour of six concerts. Estonian guitar icon Jaak Sooäär joined in this truly European unit on four concerts, the last one being in Tallinn at the Christmas Jazz festival by Jazzkaar.

Altogether, not less than seventy-eight concerts have been arranged with our partners through the year: forty-five in Finland, nineteen in Estonia, six in Latvia, six in France, one in Lithuania and one in Austria. Most of the concerts were held in front of rather limited audiences, but most of the listeners expressed deep enthusiasm for their re-encounter with live music. All these ten tours have been part of the French Nordic Jazz Transit, except the tour of Mario Rom’s Interzone. Only Koma Saxo was a one shot concert, but only two musicians had to travel by plane for this concert.
ajc-jazz.eu/en/nos_actions/french-transit-jazz-nordic

Vapaat äänet would like to thank all musicians, all listeners, and all partners – promoters, institutions, professional organisations – for their involvement and support. We are facing new challenges all the time. Let’s keep the flame of live music alight in 2022! 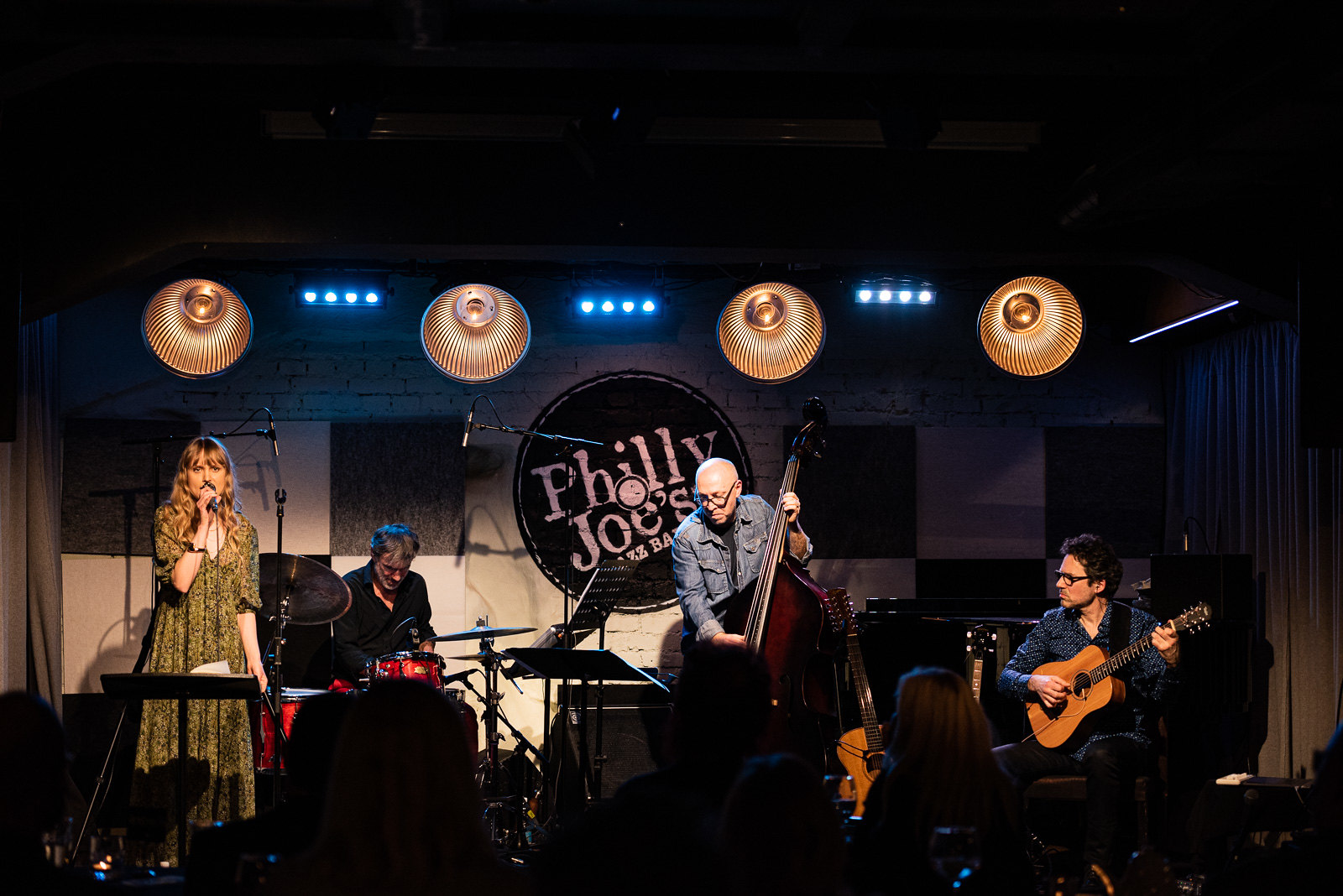 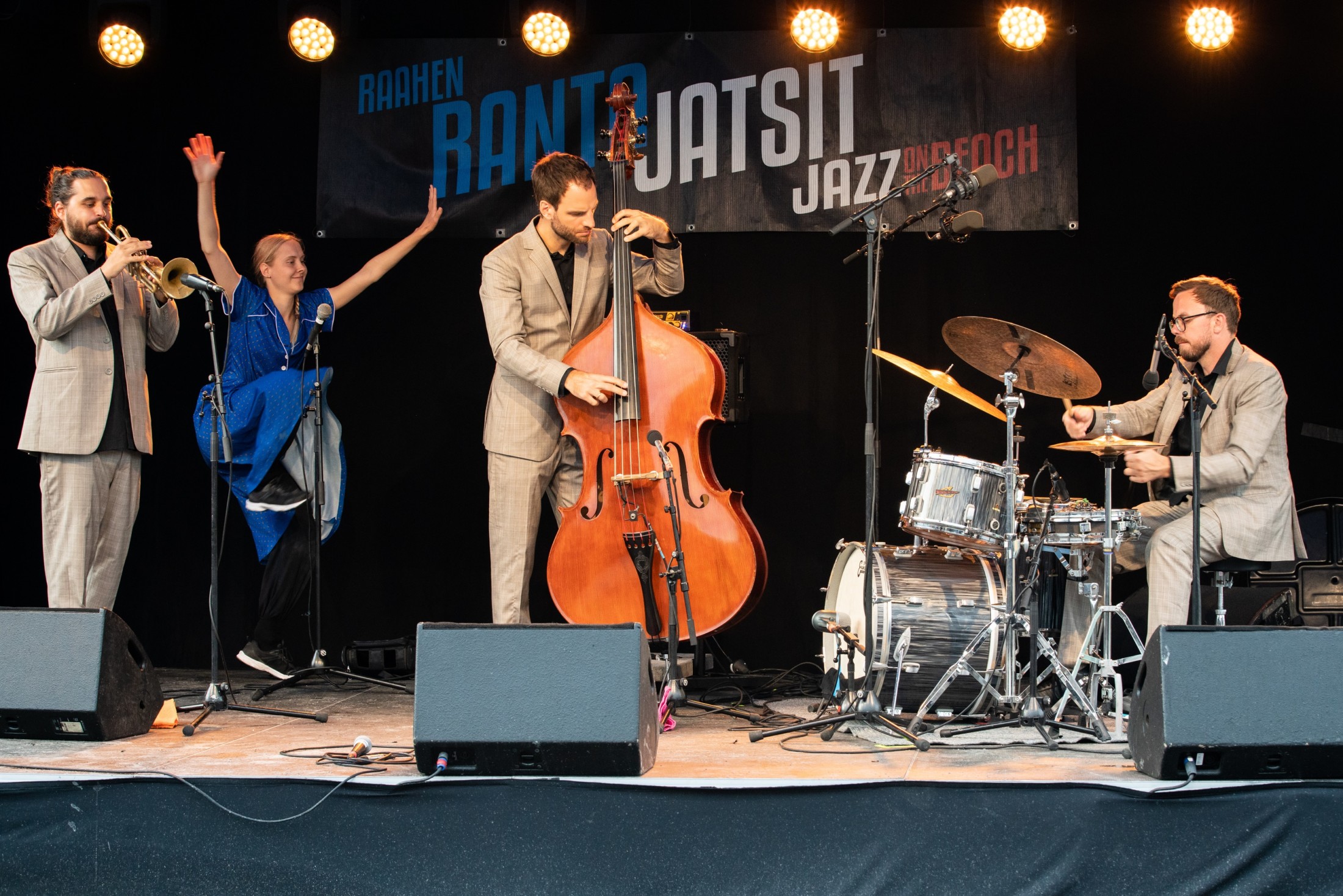 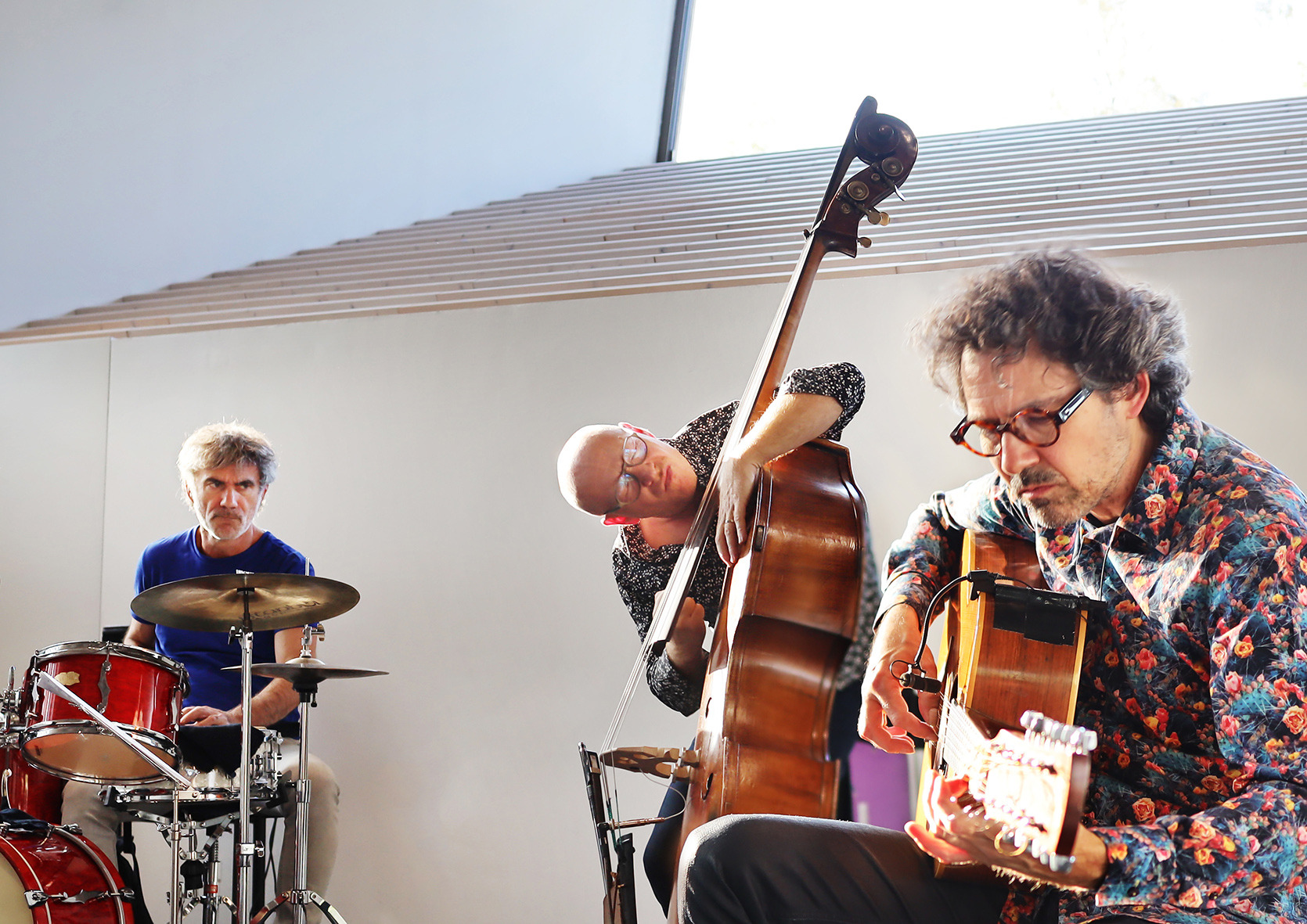 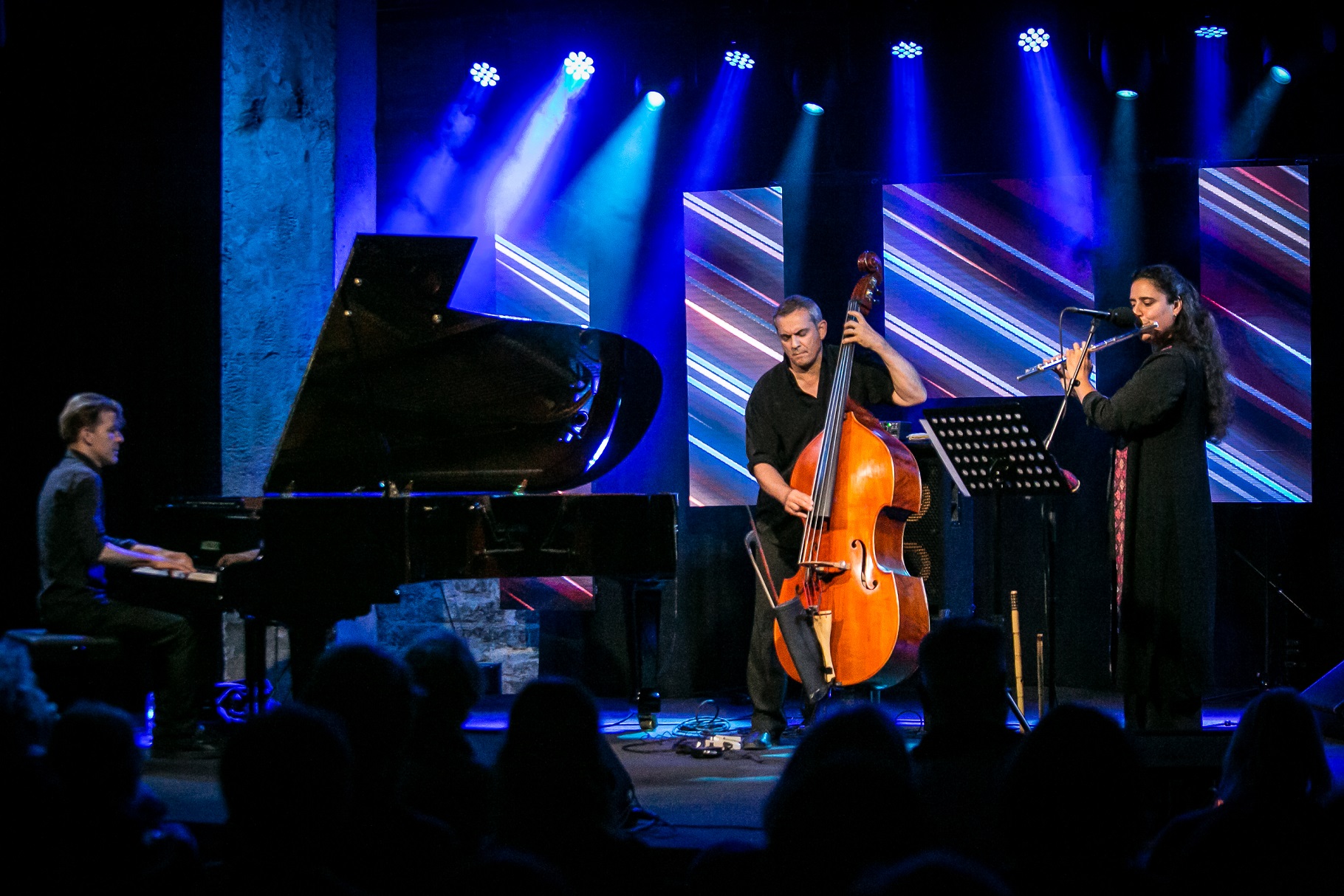 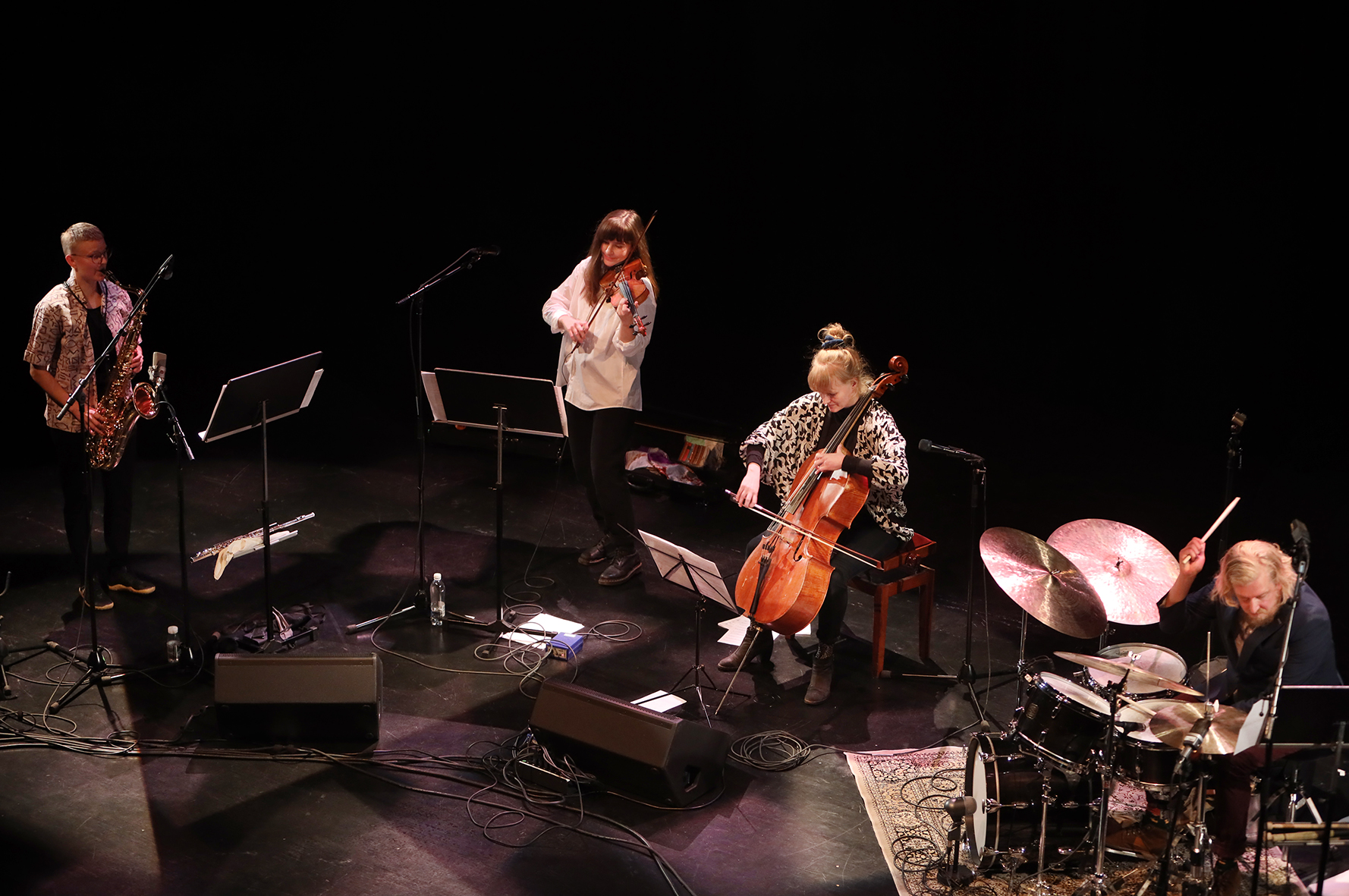 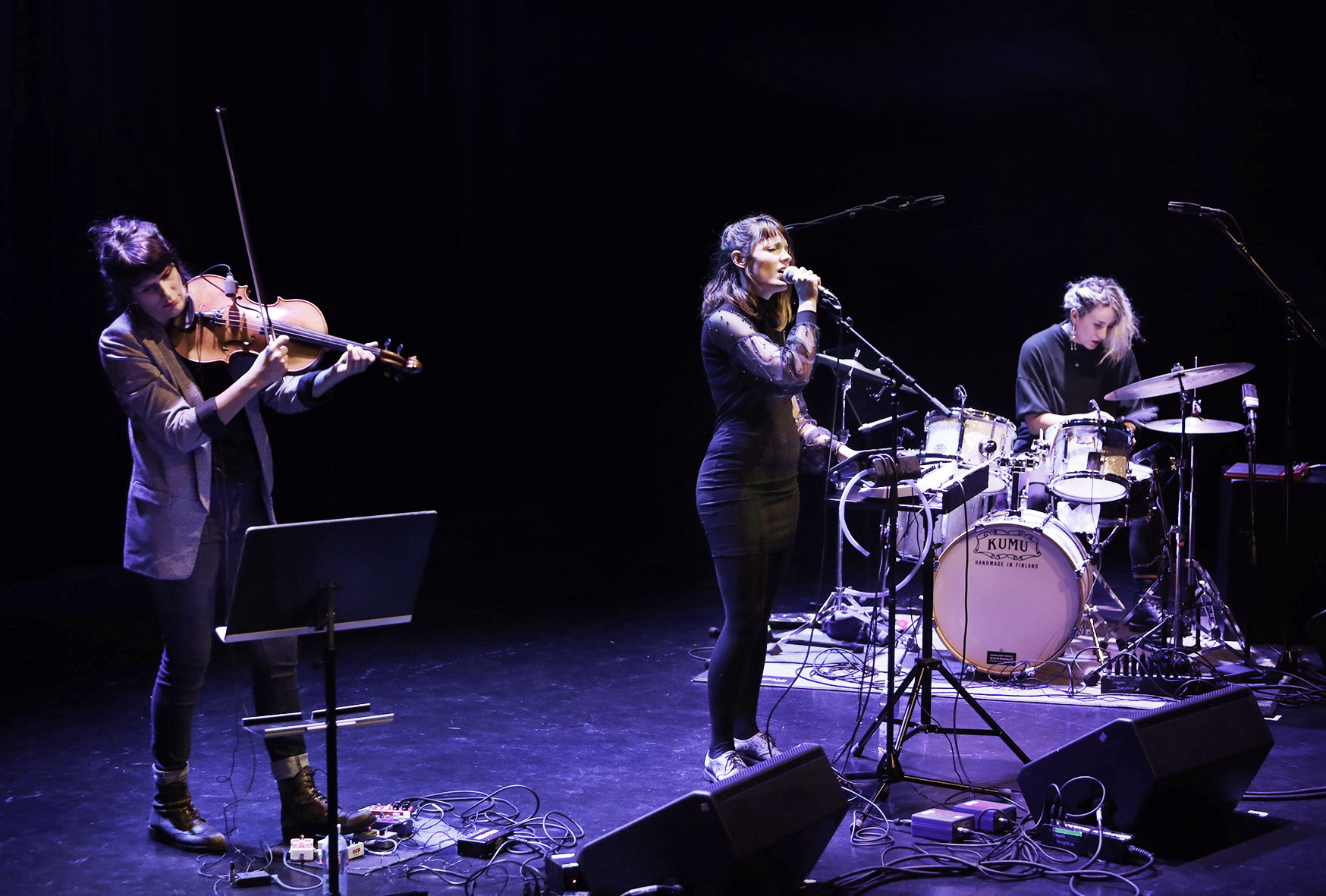 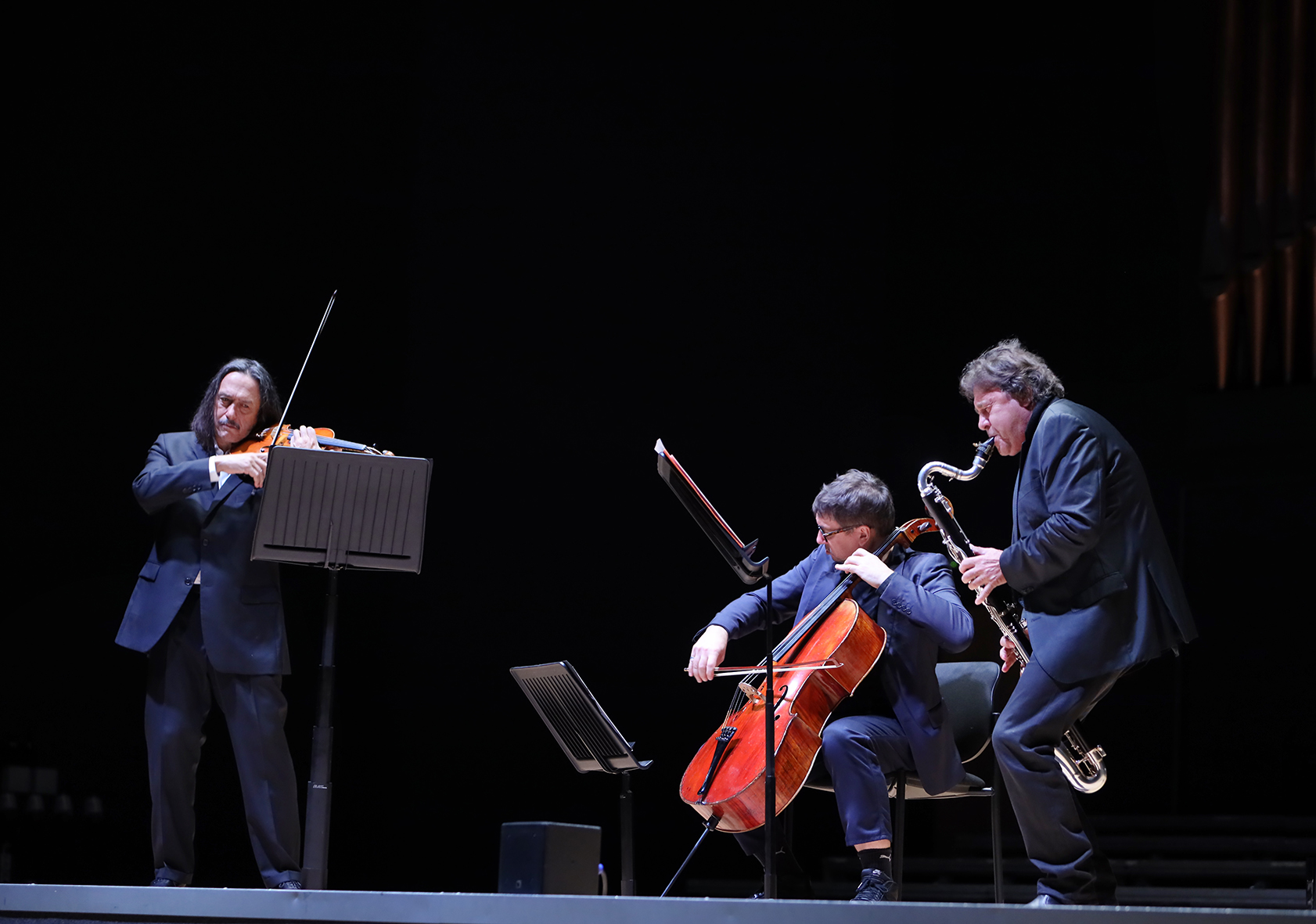 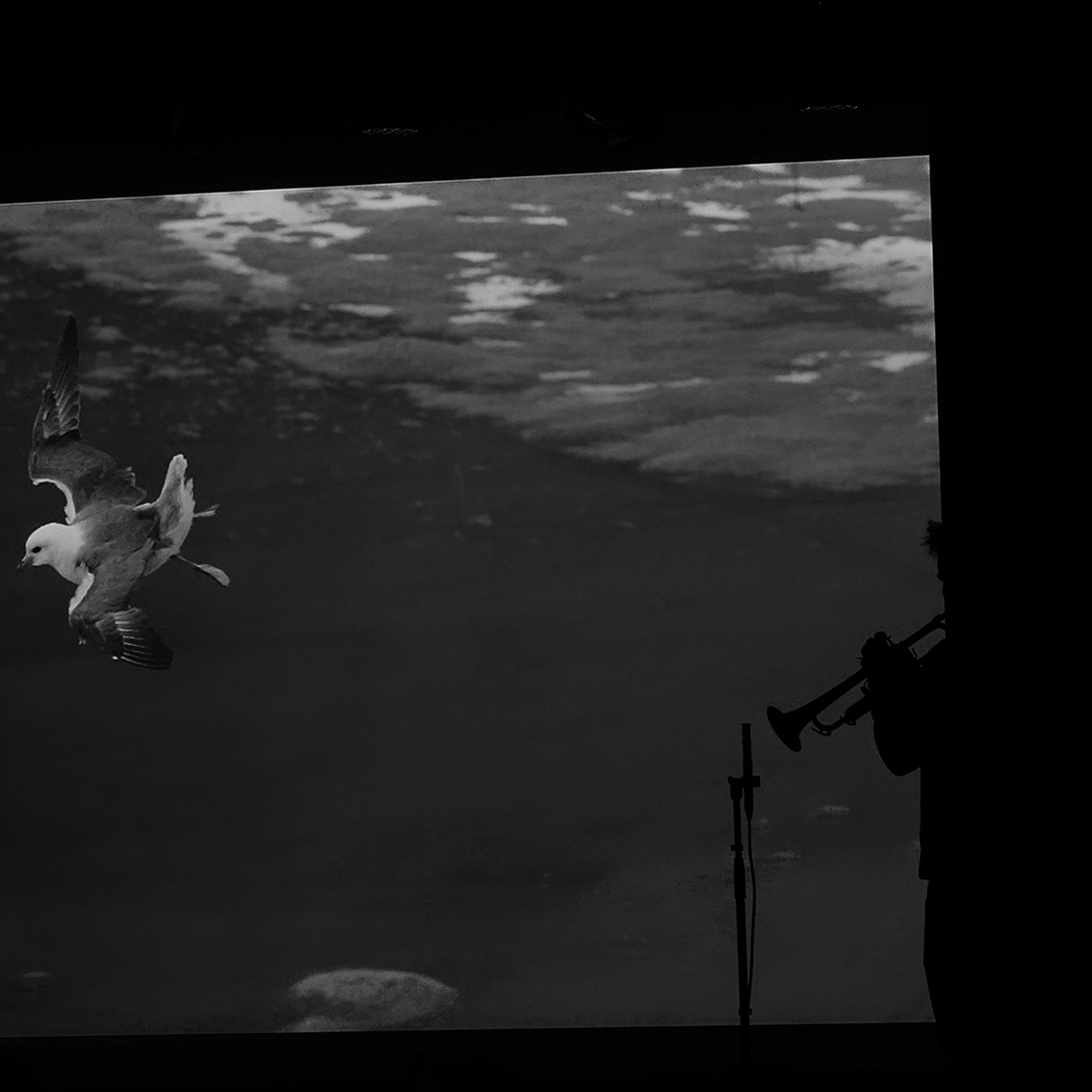 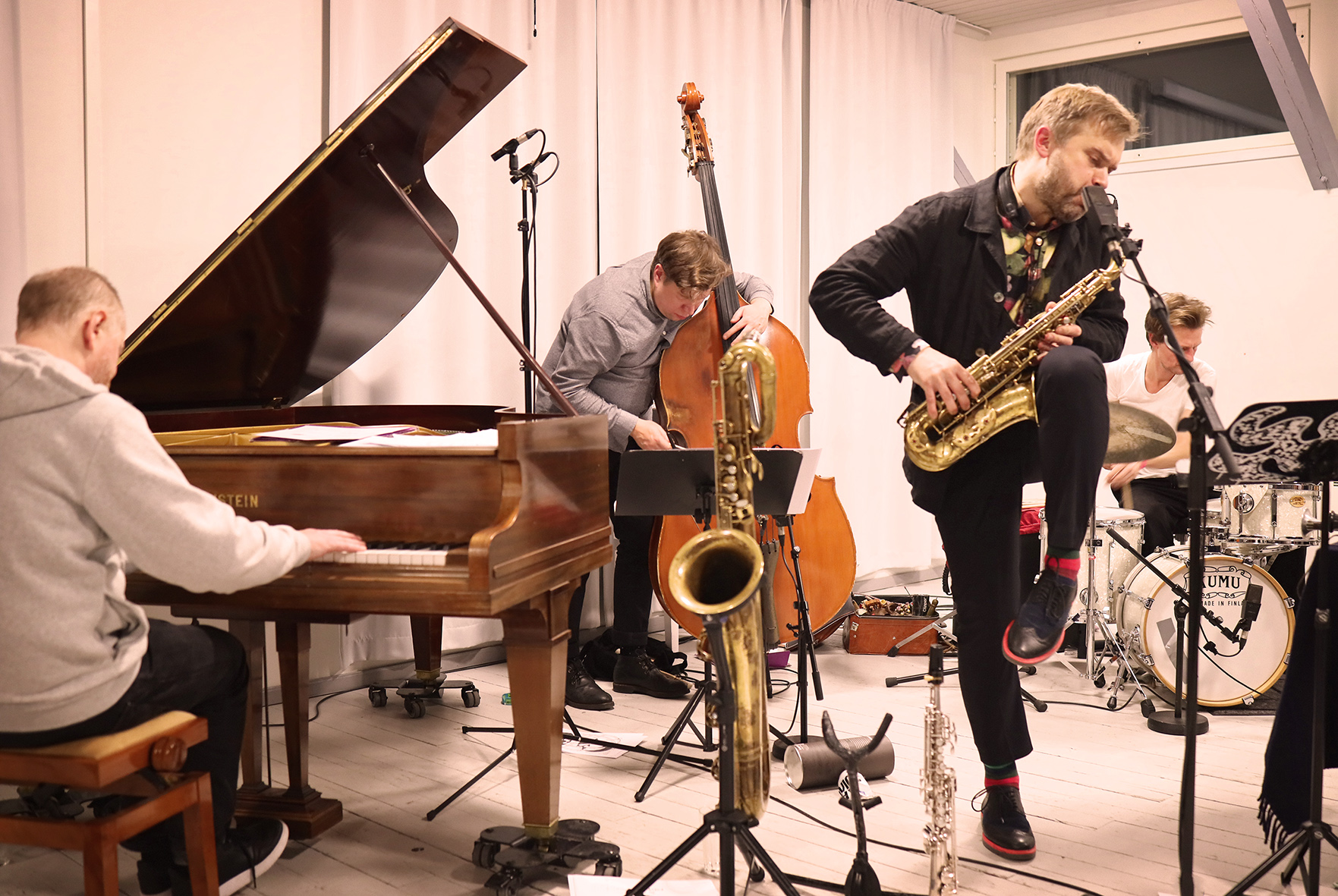 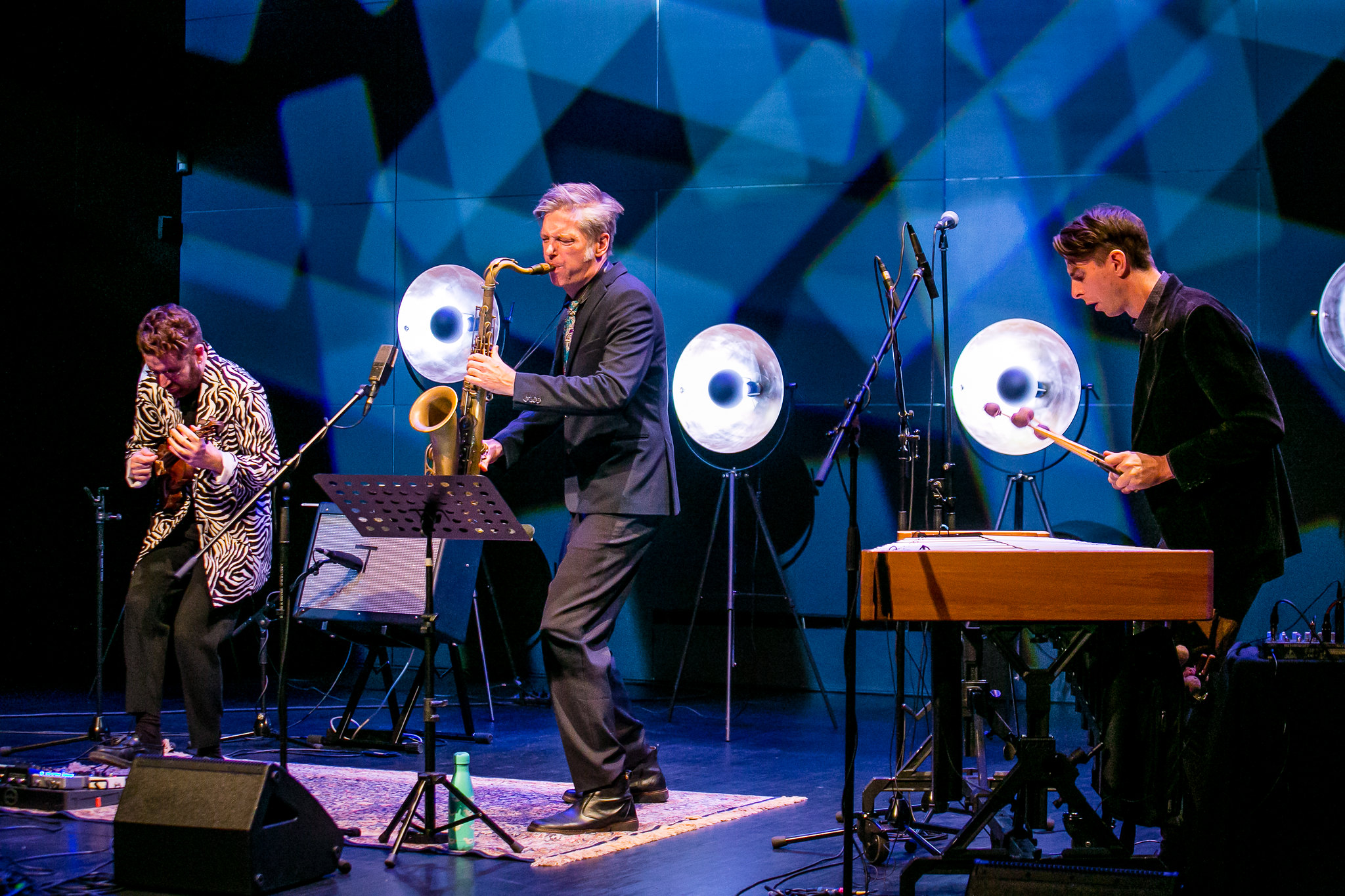